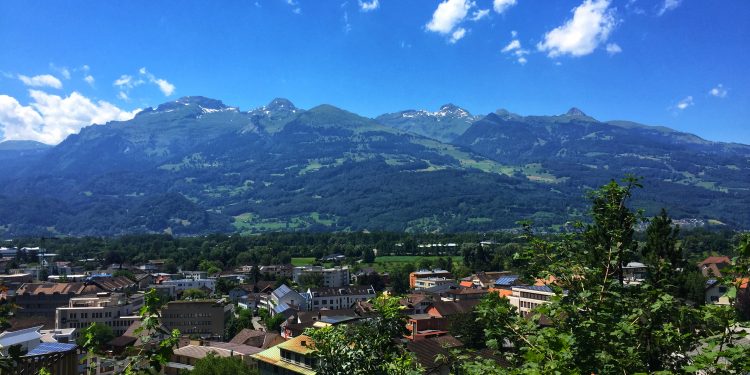 It wasn’t supposed to go this way, but it did. My bus from Cologne to Munich took 5 hours longer than it was supposed to and as such, I missed my connecting train from Germany to Austria, which cost me 30 euros and I had to pay an extra 50 euros to buy another train ticket last minute to Feldkirch, Austria. Ok…so let me rewind a little, my journey started at 5 am from Wesel, Germany and continued till about 1am the next day. I drank tons of coffee, and took 6 trains (including U banh) and 3 bus rides to get myself to Feldkirch where I paid a whopping 120 euros to stay in an lovely hotel since my train came in so late that the hostel i booked had closed for the night. All this, to see the smallest nation in the Schengen zone, Liechtenstein.

See, I had found myself in the middle of what is quiet likely Europe’s ugly side- Macedonia had sent be back to Germany without any concrete reason, having treated me like a statistic not a person. So, naturally, like any person who was unduly detained and treated like garbage would feel, I felt rage. I wanted to prove something, not sure whether it was to myself or to the world. But basically, I wanted to prove that my passport, albeit very poorly ranked, would still enable me to travel. And so I did, I made it my motto, to travel to every single country in the Schengen zone. This brought me to Liechtenstein. And thank god it did, because this tiny little country is absolutely stunning!

I woke up in the morning, in my the beautiful hotel room which i paid half a month’s rent to stay in for one night and got ready for an adventure. I took the bus to Vaduz from the bus stop in front of the Bahnhoff and sat in awe as the driver drove us from Austria to lovely little Liechtenstein. This part of Europe is incomparable, it always has been. When I was 10 years old and went to Austria for the first time, I was awestruck. It all looked too much like a fairytale, too beautifully carved out, too picturesque to be real. When we got to Vaduz itself, well, it was adorable, a little village. I went to the tourist counter at the heart of the city, where you can get souvenier stamps on your passport if you fancy, and then headed to Vaduz Castle on top of the hill (a small trek up). It is a beautiful view from up there, there is a viewpoint which oversees the entire city, which i imagine looks even more beautiful at night. The view I speak off, is depicted in the photo below. It feature a valley, surrounded by mountains, and houses, offices and other buildings scattered all across. It looks unreal, pretty and trop trop mignon.

View on the way up to the Castle

I walked back down after the short lived pleasure of being near the castle as they won’t let visitors in. It turns out, this castle that sits 120 meters above the city, is inhabited by the Prince’s family! I did a small tour around the city, walked around the city a couple of times, inspecting the shops, the stores, the museums (which were closed since it was a Sunday) and walked to the supermarket to get some food. And here’s where shit gets crazy, the prices! I bought a small (think tiny) kartoffelsalat, which would be maybe 1.50 euros at most in Germany, for almost 7 euros! I ate it and went back to the tourist office where the guy at the counter was very surprised to see me still around. “You are still around?! I would have thought you are long gone!” He said with a smile. I asked him to guide me to the bus stop which will take me back to Austria and made my way back to Feldkirch after a day trip in the second smallest country I have been to so far.

Of Dragons and Dynasties: Bhutan Uncovered

Juliet’s Balcony: On solo travel and self ...

Maliha Fairooz is a 28-year-old Bangladeshi solo traveler, who has travelled to 86 countries, on a Bangladeshi passport. Through her blog www.maliharoundtheworld.com she shares her experience of travelling as a brown, Muslim, Bangladeshi woman while simultaneously encouraging a culture of travel amongst Bangladeshi youth.